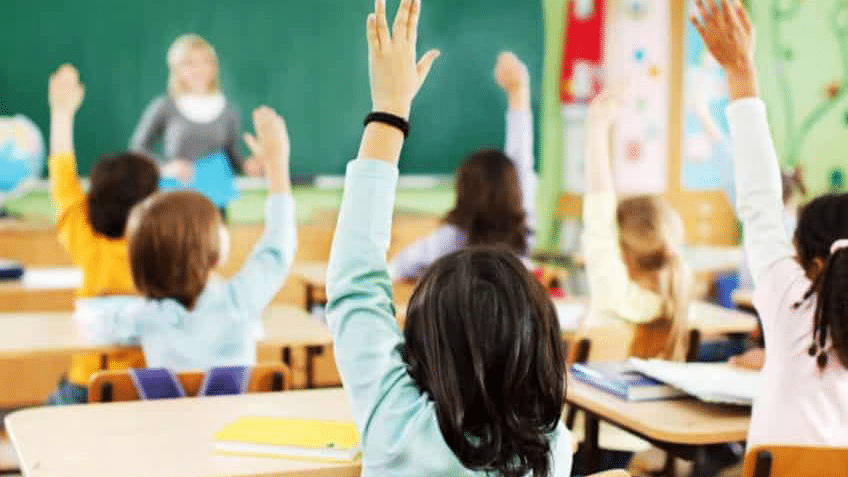 “So what did you learn at school, today?”, I could’t stop myself from overhearing a mother in conversation with her daughter as I rushed to pick up my son from school. I was already late and I was rushing but the daughter’s response to her mother’s ‘very normal question’ caught my attention and I had to hear more. So I pretended to read something on my mobile as I shamelessly eavesdropped.

Girl: “When two minutes were left for the bell to ring, I went up to my teacher and asked her what we had learnt today. My teacher thought it was a funny question.”

Mother (crossly): “That is a funny question. You should know what you learnt in class, why should you have to ask your teacher?”

Girl: “Everyday after school, you and papa ask me, ‘What did you learn today?’ and I never know what to say.”

The mother and child had walked away leaving me bemused. I stood there for a moment before I found my son tugging at my shirt and complaining about how late I was. We went back home but the entire day the conversation kept playing in my head. The problem was that the very normal conversation between a parent and child had a lot to do with the whole idea of school. This girl was not conscious in school, she had no clue what was happening in class. She was helpless and her mind was closed, as opposed to how it really should be in a school where children should be allowed consciousness of the process of learning and given more control. However you describe it, it should definitely be the opposite of them having to ask the teacher, “What did I learn today?”

As far as I have observed, there are usually three stages of learning.

Stage one happens when a baby is born. In this stage, they are learning by exploration, everything is put in the mouth, touched and felt thoroughly. In this case the learning is driven by the baby and baby’s determination. Gradually the baby moves to another stage where listening is a key factor in learning. The baby is seeing a wider world. The baby is hearing, picturing and imagining. This is indeed a dangerous stage, well in the traditional scenario, because now the baby is not going through experiential learning any more and is instead shifting gradually to ‘learning by being told’. “This is not right.”, “Don’t be a bad boy/girl.”, “Don’t shout.”, “Don’t touch.”, “No”, “No”, “No”.

This stage reaches its culmination in school. When a child starts going to school, she stops learning and begins to accept being taught. This is stage two! Having said that, we do acquire certain skills in stage two. We learn to read and write, interact, make friends, coexist, how to explore the world, among others.

Stage three is all about going back to stage one. Creative people in any field find a way of living creatively. Much like the baby again, they explore and it’s driven from inside, it’s experiential and it’s not about being told.

New technologies might change this pattern. Children these days are extremely savvy. They’ve grown up in a world where information is always just a click away. It’s amazing to watch children operate iPads, mobile phones and other gizmos. Stuff that many adults don’t know how to operate as efficiently. But we really shouldn’t be amazed at that, because it’s not more complex than putting their toys away or getting their books out of the bookshelf. Working with these machines is not more complex in any way than the things toddlers normally do. What’s really amazing, though, is the comparison between what children of today can do as toddlers and what people my age (including me) could do as toddlers.

So here is where I see the big break. What’s happening is that children today are much more independent than we were. They are in a way beginning to leap over stage two. And this is just the beginning.

Everyone is using technology in education. That’s the need of the hour. Teachers in classrooms are looking up the internet for building their lesson plans. However how creatively is this material being used? Is it simply being regurgitated in the class? Are the lessons still as mundane as they were?

How about curating instead of lecturing? How about driving students to a particular set of web resources like video lectures and scholarly articles. How about teaching them the necessary 21st century skills of ‘exploring’ and ‘discovering’ information instead of feeding it to them?

Children today have with them a powerful new tool – technology – that is increasing their curiosity and giving them a sense of the intellectual power they were born with.

The goal of educators has to be to think about innovative ways of connecting with children. Education today needs to be about exploring, about honing the necessary 21st century skills, about learning how to learn, about collaboration, about the how and the why, about thinking skills, and much more.

Education today needs to be Inventive.

1 thought on “What is your Child Learning at School?”