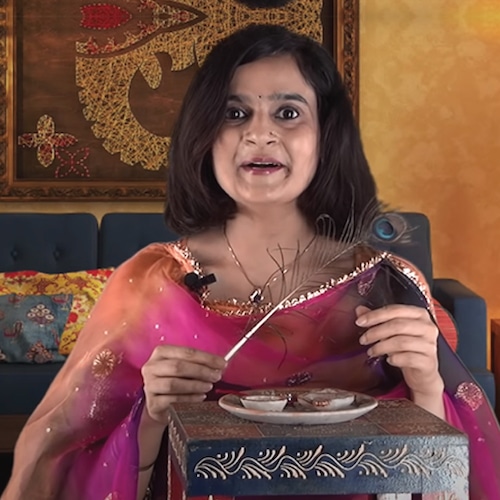 Rakshabandhan is an Indian festival that celebrates the bond between a brother and a sister. Here are a few known and lesser-known tales associated with the festival.

One of the most popular stories behind the festival of Rakshabandhan is that of Lord Krishna and Draupadi. Lord Krishna considered Draupadi as a sister and was there for her, in good times and bad. This bond became deep-rooted when once she came to his rescue. It was during a sacred yajna being performed by Yudhisthira, the eldest of the five Pandava brothers. Many kings were present and it is here that Lord Krishna beheaded Shishupala using his Sudarshan Chakra. When that happened, his finger started bleeding profusely. Draupadi rushed to his rescue, tore an end of the pallu of her sari, and bandaged his finger with it. Krishna was deeply moved by her gesture. He asked her to always count on him and blessed her with “Akshayam” which means unending or infinite, just like the love between a brother and a sister.

Draupadi remembered Krishna’s promise and sought his help when the Kauravas wanted to disrobe her. They were unsuccessful in their vile endeavors when Krishna came to Draupadi’s rescue by way of her mind’s eye. He uttered the word “Akshayam” and Draupadi’s sari became unending. The bemused Kauravas were exasperated and couldn’t disrobe her.

The festival has many more stories associated with it. There is another lesser-known tale with multiple versions. This is the story about the first mortal beings on Earth, Yam, and Yami. Born to Surya Dev, the Sun God, and Sanjana, the queen of clouds, the twins, Yam and Yama, love each other immensely but Yam met with an untimely death. Yami was devastated and cried endlessly for her brother. The gods were worried about Yami and urged her father, Surya Dev to set so she could get a break from crying. That’s the first time night broke on Earth, by way of the first sunset. As the cycle of night and day set in, Yami’s pain reduced as time passed by. Each time she slept, she woke up feeling better the next day, although the pain of losing her beloved brother still hurt her.

As time went by, Yami’s tears formed the River Yamuna and she became one with it. Yam, on the other hand, became the first mortal to die. And because he had left the world without committing any sin, he was given the divine status of a god. He was chosen as the King of Dharma and the God of Death, Yamraj.

As time went by and more people walked the planet Earth, River Yamuna flowed, beautifully albeit forlorn. One day, she met River Ganga who noticed her grief. That’s when Yamuna confided in her friend that she still missed her brother Yam, who was now Yamraj. To reduce her friend’s anguish, Ganga paid a visit to Yamraj and urged him to visit his sister. And so he did. The twins spent an entire day rejoicing their bond and reminiscing the memories of their childhood. That’s when Yam blessed Yamuna with immortality and promised her that he would visit her at least once a year. This would become their day, a day that celebrates the love between a brother and a sister. From that day on, this day came to be known as Raksha Bandhan.

In History too, there are several stories around the festival of Rakshabandhan. A festival is not just celebrated to mark the bond between siblings but also as a symbol of love, friendship, harmony, forging new bonds, and keeping promises. One such beautiful story comes from the 19th century when the nationalist movement was at its peak in Bengal, India. The British felt threatened and decided to divide Bengal. This move was not taken well by the leaders and freedom fighters. Rabindranath Tagore, poet, writer, and social reformer, decided to oppose this move peacefully and symbolically. The order of partition was passed in August 1905 and came into effect on October 16, 1905. That year October 16 happened to be Rakshabandhan.

Rabindranath Tagore or Gurudev, as he was lovingly referred to, urged Hindus and Muslims in Kolkata, Dhaka, and Sylhet to unite and tie a sacred thread or rakhi to each other as a symbol of unity and love. This was a monumental act of love and harmony that united people for a larger cause. A beautiful anecdote from history that still resonates today.

The Significance of Raksha Bandhan