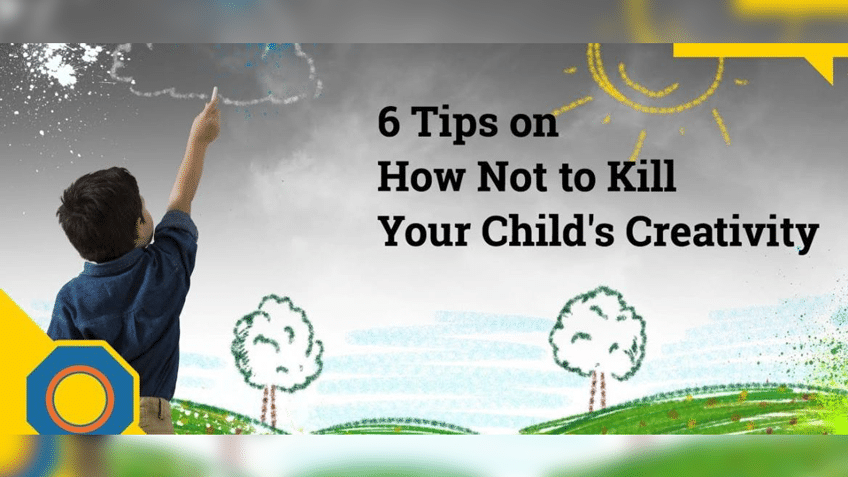 Do Parents Kill Creativity of their Child?

I was faced with a situation recently that made me think about something very important. During a Christmas special class as part of the craft activity, we decided to make a pop-up Christmas tree with kids. Download the NutSpace App for the craft activity.

Children love craft work and of course there was a lot of buzz and excitement around the activity in class. The 3D model of a Christmas tree was not just fascinating but also brought with it a sense of accomplishment for the kids. The fact that they managed to ‘replicate’ the sample created by us with perfection.

However there was one quiet child in the group who refused to look at our sample tree. He played around with his tree for a while and then chose to flatten it down in 2D. And then, almost like a Eureka moment, he shouted aloud, ‘This is a man.’

He was jeered at by other kids, corrected even but he stuck to his stand. We as a team decided not to tell the child our point of view and instead applauded him for his imagination. The other kids too eventually began drawing parallels. They saw his perspective and then added their special something to their trees as well. This also turned into an extremely satisfying session.

Later when his mother came to pick him up, she asked him about the craft and he proudly told her that he had created a man. The mother was ballistic. She scolded him for being ‘dumb’ and that it wasn’t a man but a Christmas tree. She then approached the activity manager and expressed her dissatisfaction. She was clearly upset that we are not ‘teaching’ her child the right things. By the right thing she meant – we are not teaching her child to copy the sample properly.

6 Tips on How Not to Kill Your Child’s Creativity

This incident taught me a few important things:

As parents and educators, let’s not be creative killers. Let’s look at the bigger picture. Killing or fostering creativity in our children is eventually our choice.

Here is a TedTalk given in 2007. It has been 10 years since then – but has anything really changed?