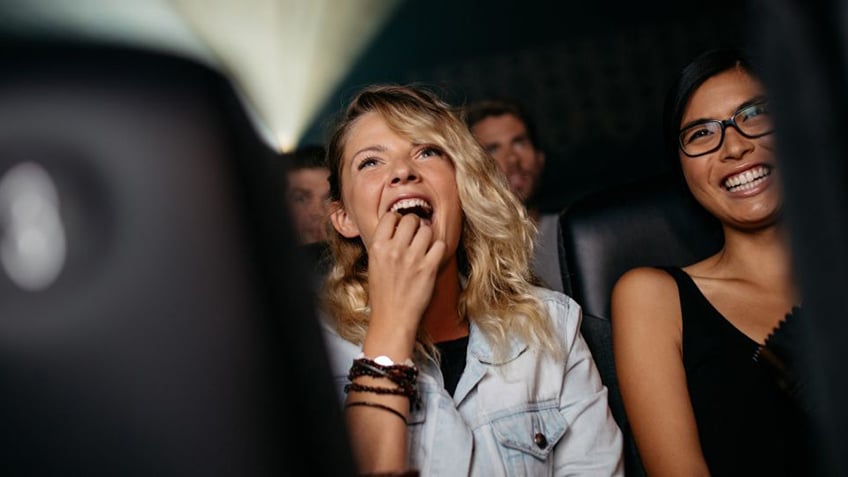 YA or Young Adult is quickly emerging as the most popular genre in Literature of late. And even though the genre is meant for ages fourteen to eighteen, YA books are known to be read across ages because of their universally relatable themes of growing up, finding yourself, looking for an adventure, finding a direction in life. Things that are relevant in everyone’s life, even adults.

Now ask any geek about whether they liked the book or the movie, they are expected to say book. And most of the time I’ll say that too but I also believe that sometimes the movie can surprise you in unexpected ways. Either way, I’m just as much a cine-nut as a bibliophile and so, I love watching movie adaptations of books I’ve read. You know, to compare notes, find newer meaning to a story, watch characters that made a place for themselves in my heart come to life.

And yes, a lot of times movies become a thing of their own and don’t do justice to the book, but there are also times when they become an extension to the book, giving it more depth and us more food for thought.

Let’s kick-off this list with a classic. The Princess Diaries series is one of the most entertaining and oldest series on this list and hence a classic. It’s the story of a girl in high school who suddenly realizes she’s a royal heir. Of course, drama and chaos ensues but the series is more than the protagonist navigating through royal life. It is majorly the story of an ordinary, clumsy girl as she navigates the emotions and upheavals of high school life. And it is one sassy, funny ride.

The Disney movie is a whole different feel, with the usual ingredients of HEA, transformational journey, a few conceited villains, a handful or so of life lessons, but it’s amazing nonetheless.

Get the Book
Watch on Netflix
Watch on Hotstar

Is a book about a boy losing his mother to cancer and it’s one of the most raw, poignant, heart-breaking, gut-wrenching books I’ve ever read. A book about coming to terms with the reality of watching someone slip out of your fingers bit by bit, despite your every effort. It’s a book about loneliness, hopelessness, depression, grief, bullying. Most of all it’s a book about facing the truth and the emotions that come with it.

To All The Boys I’ve Loved Before

This one is a super fun read. It’s the story of a girl who has a secret box full of letters that she wrote to her crushes. There are five in all and they are just her way of dealing with her feelings. But somehow the letters get posted and drama, well in this case comedy, ensues.

The book is the first in a trilogy and I think two of the movies are out. I’ve seen the first one and I think the movie pretty much sticks to the script and does a decent job of bringing the characters to life.

Get the Book
Watch on Netflix

The Fault in Our Stars

My favourite John Green book! When I first read this book, I could not stop gushing about it, I recommended it to everyone I met with all the enthusiasm I could muster. Five years later, I still recommended it often (if not as much) and with the same ardour. I will be honest, when I first heard about the book, I was completely put off by the idea because Sick LIt (Yes, that’s a genre now) does not bode well for the cynic in me. However, I saw the trailer of the movie, and I was so intrigued that I bought the book the next evening. I had University exams and I tried to wait until they ended, but which book-nerd ever succeeded in that?

So, read the book in two nights while reading poems by the Romantics and at the end of it all, I say, John Green gave me more hope! Here’s what I love about the book; it gives you some of the most root-worthy characters and friendships, it celebrates geekiness (like all things Mr Green) and it’s full of these profound epiphanies that make you look at life more deeply (Another Mr Green signature, I came to realize later.)

The movie does the book great justice and made me fall in love with everything all over again.

Get the Book
Watch on Hotstar

The Sun is Also a Star

This is the story of Natasha, Jamaican-American girl and Daniel, a Korean-American boy who meet by some twist of fate. But the twist continues because Natasha’s family is about to be deported (at the end of the very day that they meet) and all they have is 12 hours to try to stop it. The best thing about this book is how developed these characters are and how intellectually stimulating their conversations are. They’ll sweep you right into their debates on poetry, life and just…random abstract thought. The book also makes a solid commentary on the pressures of being a teen and being an immigrant in America, among other things. Long story short, the book will give you a lot of things to contemplate about and the characters will feel like old friends by the end, who will stay with you for a long, long time.

There’s also a movie that again, I haven’t yet had a chance to catch up.