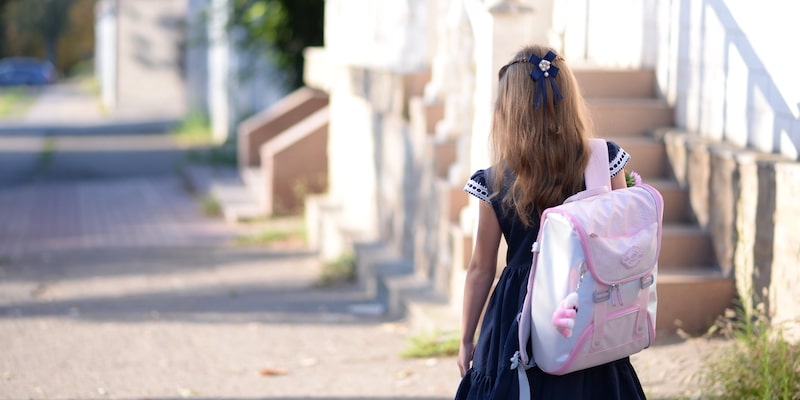 I recently read a very interesting quote in the stairwell of an old building: ‘Solve the problem or leave the problem. Don’t live with it.’

It seemed like such a simple and logical quote. I mean, who likes problems. Isn’t that the best advice ever? However as I thought more about it, I realised we humans seem to love our problems. Without trying to sound impudent, I feel that we seem to love our problems so much that the very existence of problems somehow comforts us. What will happen if there is a lack of them? Will we be happy or will we find a new problem?

Did you know WHO has defined coping with stress and coping with emotions as key life skills? In fact, what are we all striving for in the end? Happiness, right?

Then why do we feel so daunted when we have a problem? And why does it seem like at that point nothing could be worse? Problems are inevitable so is there any way to not get sucked into them? The more attention you give them, the more powerful they become, and pretty much like quicksand they suck you in.

So, is there any way to deal with our problems by simply shrugging our shoulders, cocking our heads, and laughing out loud? I know someone who does that.

I was in Grade 9 and terrible at Science. Since ICSE Science was split into three different subjects, Physics, Chemistry, and Biology, I needed extra attention (in all three). Our Physics teacher also doubled up as a tutor and nearly the entire class attended tuitions post-school at his place. My routine back then was as terrible as terrible can be. The school would start at 8.30 am and was nearly an hour away from home. So my day started practically at the crack of dawn! And if there was anything I liked more than chocolate, which was my favourite thing ever, it was sleeping.

Anyway, the school would end at 3 pm after which I would board a bus and go for tuition. I would get free from there at 5 pm. On most days my father would send a car to pick me up. I would catch a few winks on the drive back home from the tuitions and really looked forward to my ‘Beauty sleep’ as I called it.

I vividly remember an evening as I stood waiting for the familiar shape of a white ambassador pulling in and the ever-smiling driver greeting me with a nod. One by one all my tuition mates bade goodbye. I was left alone and it was nearly 6 pm now! It was getting dark and cold. I had waited for an hour and I knew that there was no car coming. Back then there were no mobile phones to coordinate! (How did we even get by!)

I decided to take a bus, in fact, a couple of buses screeched to a stop, rather angrily, on seeing a lone passenger at the bus stop. Lots of heads peered out at me and I almost gave in to their bored gaze but when I didn’t board, their heads lolled the other way and the bus snarled heavily. The conductor shook his head as if telling the driver and the others, ‘I told you so!’

Everyone looked disappointed but it was the bus that expressed its unhappiness in the most obvious way. It snarled viscously, and as the engine growled back to life it headed off sharply, releasing a thick cloud of smoke. As I coughed hysterically, I could literally hear the bus at the next turn giggling triumphantly as if saying, ‘serves you right!’

Why didn’t I board the bus? I couldn’t, you see I had no money to pay for the fare, thanks to my chocolate indulgence soon after school.

So, I decided to walk back home. It was the only way out. Besides somewhere in my heart there was a comforting thought that the driver may show up after all. I decided to take the main road with my heart bursting with hope, yes, also beating uncomfortably in my chest alongside crazy butterflies literally kicking me in my tummy. Since these were butterflies with fragile legs their kicks didn’t hurt but they made me really uncomfortable. Not a nice feeling!

I walked with my head high, looking at every passing car with hope in my eyes. Pretty soon, my toes began to hurt and my school bag weighed down heavily on my back!  As I trudged on, I became conscious of something else. The thick books in my school bag were thumping hard on my back with every step I took.

I started cribbing, deep inside my head I was literally playing a scene on loop. How I would enter the house yelling at everyone. How I would make them feel guilty about having forgotten about me. How I would tell them that I could have died today and it would be all thanks to them. This comforted me for a bit and even gave me the strength to carry on. Another hour had passed easily. It was pretty dark now. I knew no one was coming to get me and I was more than determined to make it back home.

I could see the twinkling lights on the hill, where my house was. I may have seen them so many times before but today they comforted me immensely. And just like that, I made it back home on my own.

Surprisingly, in contrast to the outburst I had fantasized about all through the way, I arrived home rather composed.

Turns out, my mom had forgotten to tell the driver to pick me up. In fact, she hadn’t even realised I wasn’t back! At first, I was offended when she admitted that she didn’t even realise I wasn’t back. Hot tears streamed down my cheeks. Mom rushed over to me and hugged me. ‘Now, now…don’t get so worked up. Come have something to eat.’ I sat down, patting my face dry. The hot food was certainly comforting. ‘But, how could you not have realised?’ I protested after a few bites went down my throat. Before my mother could react I heard my younger brother and sister fighting upstairs. They sounded like street cats caterwauling and then something crashed. There was a brief silence and then the sound of shuffling footsteps. Finally, the deafening silence was broken by my elder sister who yelled at them for being hooligans. She slammed her door shut. This was followed by a gasp and some indistinct whispers. I imagined the maid had arrived at the spot. I heard some whispering and then the sound of cleaning up very quietly.

I looked at my mother’s reaction. She shrugged her shoulders, cocked her head to the side slightly, then went back to chopping vegetables for dinner.

On the dining table that night, my father asked us where the vase from the TV room had vanished. Everyone knew where it was or what had become of it but everyone shrugged. And then suddenly my mom spoke, ‘Did you know, we forgot to send the driver for Kuku today. She walked back home.’ to which my dad said, ‘That’s okay. Back in the day, we didn’t have drivers and we walked everywhere.’

I suddenly felt really stupid about the outburst I was planning. I mean, it wasn’t such a big deal was it? It was my problem to deal with and it didn’t even seem like a problem anymore. Or did it? Just then I noticed, as my mom started clearing the table, that my younger siblings had vanished. As we were finishing up, we all heard another crash. My father got quite worked up but my mother continued clearing the table. I think I even saw a smile crossing her face.

I helped her clear the table even though my legs were hurting from the long walk that day. For a change, I decided not to bother her with my problems.

As a storyteller and educator now, one of the things I work with is building life skills in children using stories. Problem Solving, as we know, is an important life skill. While crafting lesson plans on the subject I draw a lot from this personal experience. The process is always more critical than the answer. There is never an instant solution and it’s absolutely okay to solve a problem at a pace one is comfortable with.

I believe, not every problem has a solution and there are always multiple perspectives. When we advocate a culture of finding solutions actively, we narrow down an individual’s approach and give them a single-minded approach to solving problems. As long as anxiety related to that problem doesn’t pressure you into finding a solution right away, it is okay to take time to identify the problem, understand it well and then devise a solution – if necessary. Simply smiling and shrugging one’s shoulders and looking away is not brushing the problem under the carpet. It is a way of dealing with a situation in a nonchalant way. And, hey who says that what appears as a problem to me may appear a problem to you too? Maybe, what I see as a problem means nothing to you.