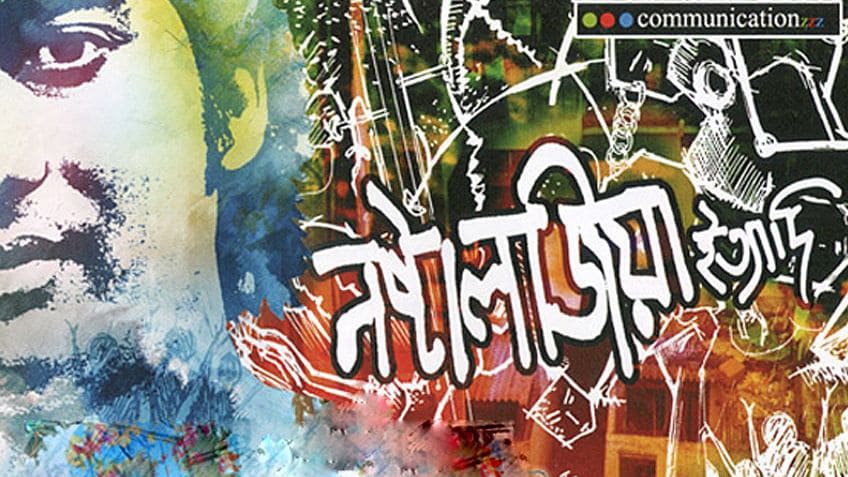 ‘You can overcome everything in life if you really love what you do.’ – Manash Mahanta

As part of NutSpace Inventive Thinking Level 3 (11-14 years) we conducted a workshop on Media & Journalism. We gave basic information to children on writing a press release, reporting, and even creating original ad film concepts, shooting them and finally editing them. As part of this module, we had a section called – interviews. Students were asked to research on entrepreneurs and people who have found success in what they love.

Vihaan Shukla researched on Manash Mahanta, lyricist, composer, singer, filmmaker-in-the-waiting, founder of Dot Dot Dot Communicationzzz ( that has been producing independent music and has recently started to co-produce independent music videos). Here’s the interview Vihaan conducted. We hope you like it and draw inspiration from the passionate creative.

Q1. How did you find your calling?

Most of my notebooks during my student life and then later in worklife had doodles, words, phrases, couplets etc drawn and written all over them which at times had some meaning too. Once I bought a guitar without much knowledge of how to play it but ended up composing a song which my friends liked when they heard it. There was no calling as such but I guess, on retrospect, I’d say creating my first song ‘Nostalgia’ in 2007 (which released in 2009) made me believe that music can also be effectively used as a medium of expression and the storyteller in me got drawn towards it more and more.

Q2. Did you face any failures or problems?

Q3. What / who is your inspiration?

My inspiration for creativity has always been life, my surroundings, human emotions, animal instincts, the unknown beauty in creations or love or peace etc.

Q4.Who is your favourite musician?

That’s difficult. No one in particular because there would be about a hundred who have created a huge impact on me. Let’s say my favourite musicians are sound and silence both.

Q5. Sir, I am 11 years old apart from studying I want to learn music can you suggest some ways I can balance both?

Studies are important. Whatever you do in life, your studies will always be the base of your structure. So never neglect them. However, if you love anything, be it music or something else, you can balance your studies by focussing on one thing at a time— which means while studying don’t think of music and while concentrating on music don’t think of studies. May take a bit of time applying this but you will eventually balance if you really love both.

Q6. What do you like to do in your free time?

In my free time I enjoy doing regular things like what most people do. I also like to do nothing and go blank at times, which I’m quite good at. I love sports, movies, traveling etc. so my free time is consumed by these activities too.

Q7. Sir, I would l love to hear your story. What brought you here?

Born and brought up in a middle class Assamese family which is into the education sector and social service. Schoolings and colleges are from Jorhat, Guwahati in Assam and Delhi. Started working in Delhi in television and films and after a few years got into making independent music. What has brought me here to you is probably a mixture of destiny, curiosity to learn new things and then not getting bogged down by fear of failure or expectation.

Q8. How did you spend your childhood? Do you have any interesting stories to share?

One interesting childhood story of mine is when in class 1 or 2, I was admitted in a music school to learn vocal music. We had our classes on Sunday mornings and that was the exact time when Ramayana was aired on television. I was not bad at music and had won a few certificates at that level, but my formal learning of vocal music ended after a few months as I was more interested in watching television. My parents had to thereafter think of other ways for me.

Q9.What message would you like to give to young aspiring musicians?

You can keep learning your whole life and yet there will be so much more to learn. Keep that attitude in life generally and for music too. Life and music go hand in hand, so try to be a good human being. Music always flows out of an honest person more beautifully.

Vihaan is an 11 year old who loves listening to music, playing trump cards and video games, making films and reading stories. He is full of energy and believes in the power of positivity. He was once heard telling his mom, ‘Mamma probably it takes even more worse things to happen for Gods to come and help so if one can’t see Him helping we should thank Him because it’s still not the worst time of our life … he/she/we/they shall survive.’